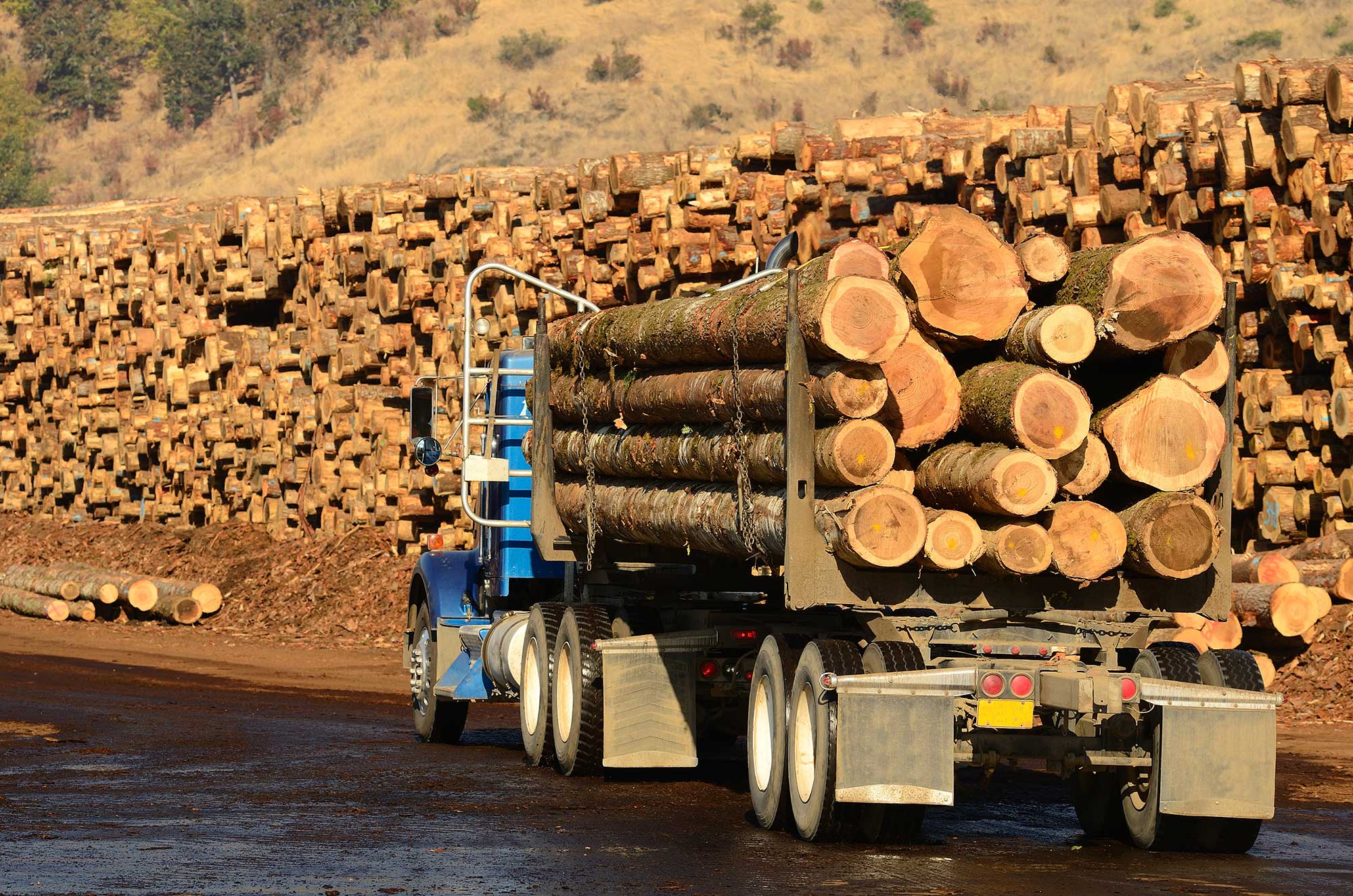 The Canada-U.S. Softwood Lumber Agreement contains an export tax clause that comes into effect when the price of lumber on the open market is low.

Lumber pricing is calculated by the publication ‘Random Lengths Print’, which is widely known as the lumber industries’ pricing guide. Varying dimensions, grades and species throughout North America make up the Framing Lumber Composite Price each week. When determining whether or not taxes should be applied, an average of the Composite Price is calculated approximately four weeks in advance of the tax month.

After many years of paying export taxes, the composite price rose above $356 in October 2013. The current softwood lumber agreement is set to expire in October of this year.

The price of lumber held firm above the tax threshold for eighteen months until April 2015. As a result, it came as great surprise that export taxes were reintroduced this year, reaching a punitive 15% in July.

This determination was made in the last reporting week for July, which is when the market turned around quite dramatically, however, it wasn’t enough to bring the four-week average to $316 or higher. The first reporting period for August came in at $342, translating into the export tax dropping to 5% in August.

The current Softwood Lumber Agreement is set to expire in October of this year.

It is widely believed that Canadians are immensely in favour of this managed trade agreement while the U.S. side opposes. We are inclined to think that the U.S. coalition will attempt to increase the threshold levels in the agreement that dictates when export taxes are reduced. At this time, it sounds like there is very little negotiating going on between the two sides, however, it is known that trade in Canadian Softwood cannot take place without an agreement in place.

At the onset of this agreement, each Canadian province had to decide between two options for export taxes and shipping quotas. 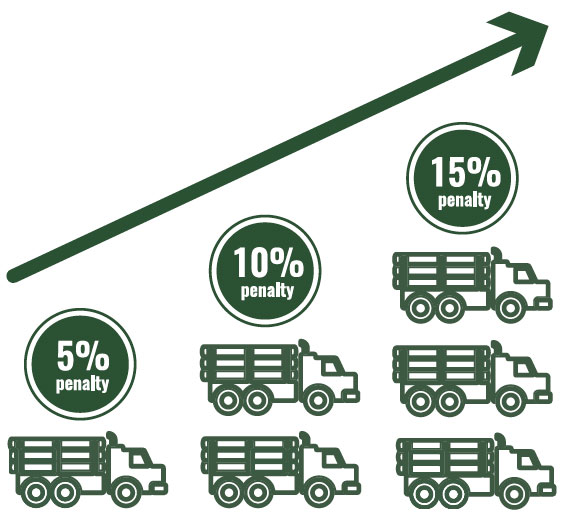 Penalizes heavily on export taxes (5%, 10% or 15%) with additional fiscal penalties if they over ship during export tax months. The additional penalties are based on historical percentages.

Putting the Mills in Surge: 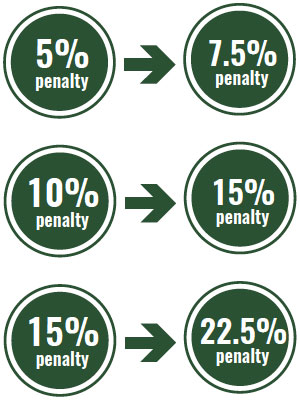 (All other Canadian lumber exporting provinces)

*There are no volume restrictions on shipments from any Canadian province during months without export taxes.

The thresholds on the framing lumber composite price to determine the level of export tax applicable are as follows:

How this alters the flow of wood from Canada to the U.S.

When taxes are applied:

Mills take a second look at their export policy;

As lumber prices drop and more penalizing duties are enforced, many mills will no longer export their product to the U.S. If they determine they can keep their product in Canada or get better returns on overseas business, this is preferred. 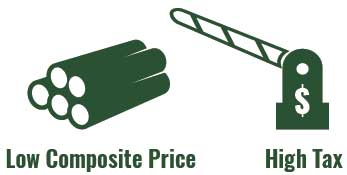 When lumber prices are high and export taxes are non-applicable:

Anyone can ship across the border, and mills allow their product to be sold stateside. 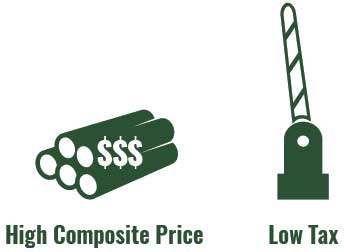 With the aforementioned four-week lag in the tax determination, mills receive ample warning of taxes being added and taxes being reduced in upcoming months.

Often we hear stories of the ‘wall of wood’ crossing the border in advance of taxes being applied with mills filling every reload possible in the U.S. 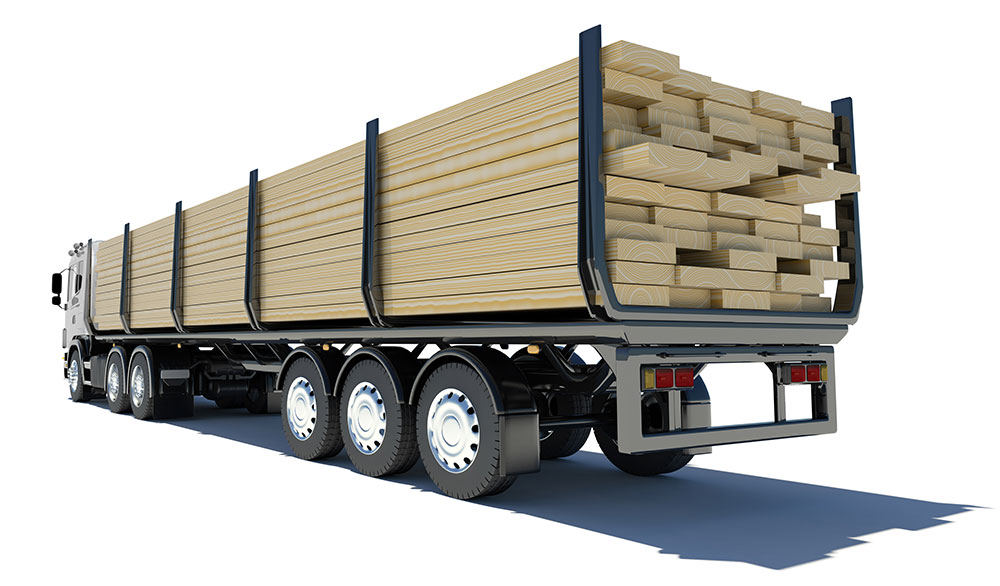 Joining the CEWP mailing list gives you exclusive access to our weekly market update, This Week In Wood. Each week you’ll get a carefully curated email telling you about industry news and what’s happening in the Canadian lumber market.